5 Reasons a Trough Sink May Be Right for Your Bathroom

We’re just not leaning on hyperbole when we say we love a trough sink. Not so long ago, we delved into their history in a post detailing how the trough moved from field to farmhouse to become one of today’s design world darlings. But this post is our true ode to the trough sink. Curious about all the hype? Here are five reasons why we think they’re worth it. Heralded as a chic alternative to the popular double vanity, the double trough sink can be a godsend when space is at a premium, especially in a master bath that’s on the smaller side. For those who still want to have two faucets and two washing areas placed comfortably apart, but don’t necessarily have the square footage for separate bath vanities and sinks, the solution lies in the trough sink. (Plus, that’s one less sink to purchase and install.) 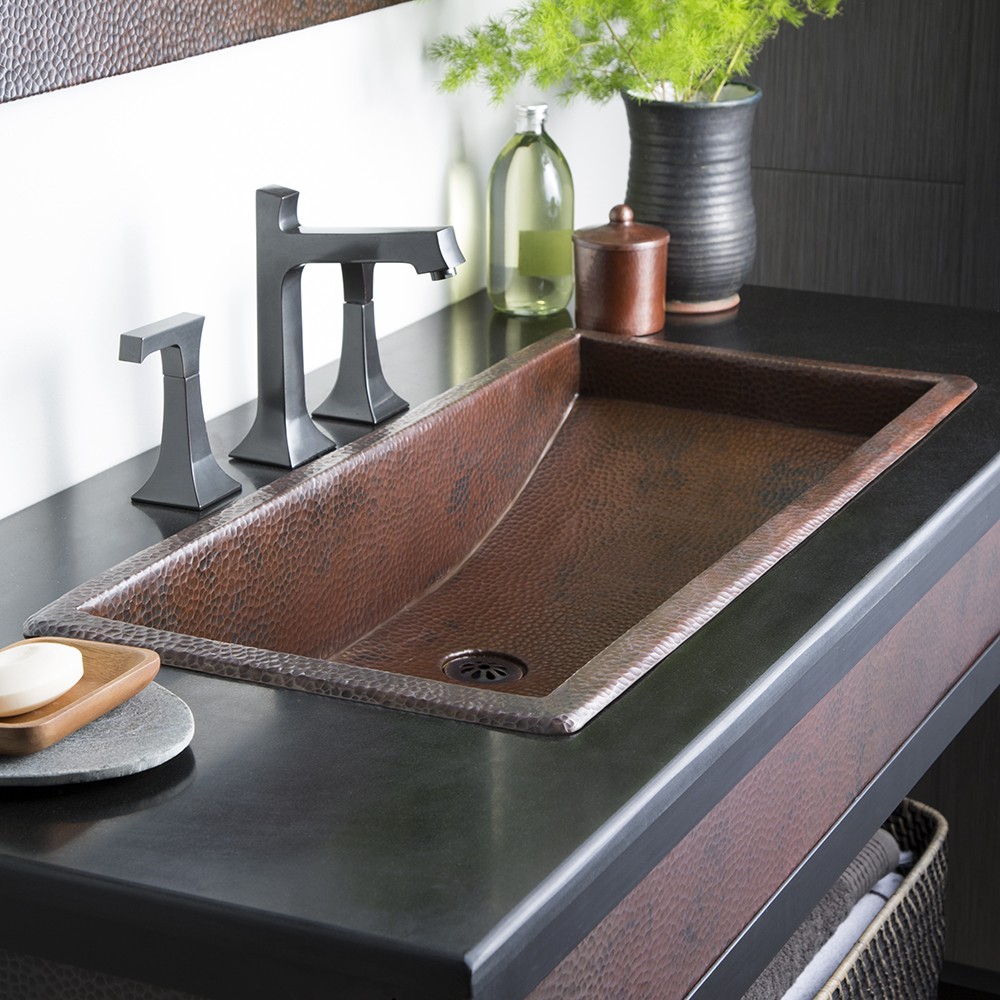 The trough sink’s sleek shape simplifies the cleaning process; with fewer nooks and crannies to wipe down—especially when opting for a double trough sink over two separate vanities and sinks—it’s a cinch to clean. Our NativeStone concrete trough sinks in particular are designed for quick and easy wipe-downs, and people are often amazed at the low maintenance of a copper trough sink, which requires nothing more than mild soap and water. In fact, copper’s patina only grows lovelier with age, and our brushed nickel troughs are as beautiful as they are easy to maintain.

3. They Stop Guests in Their Tracks

Beyond practicality, the trough sink punches up a room where we’ve all come to expect the hum-ho oval ceramic sink. People aren’t expecting to see a bathroom sink shaped like this; the novelty makes something as ordinary as washing your hands feel like a treat and a more tactile experience. We can already tell that the trough sink is no trend. After all, there’s something strangely familiar about the trough shape… 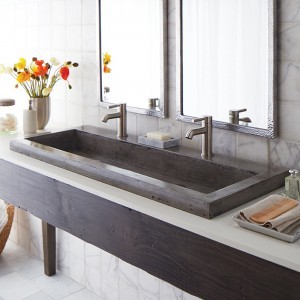 Take a space that’s modern or industrial and the trough sink offers an easygoing touch –even with the sheen of brushed nickel, it speaks to a rustic aesthetic. That’s because troughs are almost as old as time, having once served as functional feed troughs before finding their way into kitchens as dry sinks during the pre-plumbing era.

We’re not reinventing the wheel with this point; just think how you’ve been washing up at trough sinks—albeit less sophisticated, stainless steel versions—at stadiums for years. Naturally a team player, the commercial appeal of the trough sink is in its DNA. The chic new look of the modern trough sinks now makes them welcome in office buildings, restaurants and hotels—and really any place where there’s a crowd in need of being wowed.
And that’s the scoop on troughs. Ready to see more? Check out other options at nativetrailshome.com. Or, better yet, visit your local showroom to see them in person!